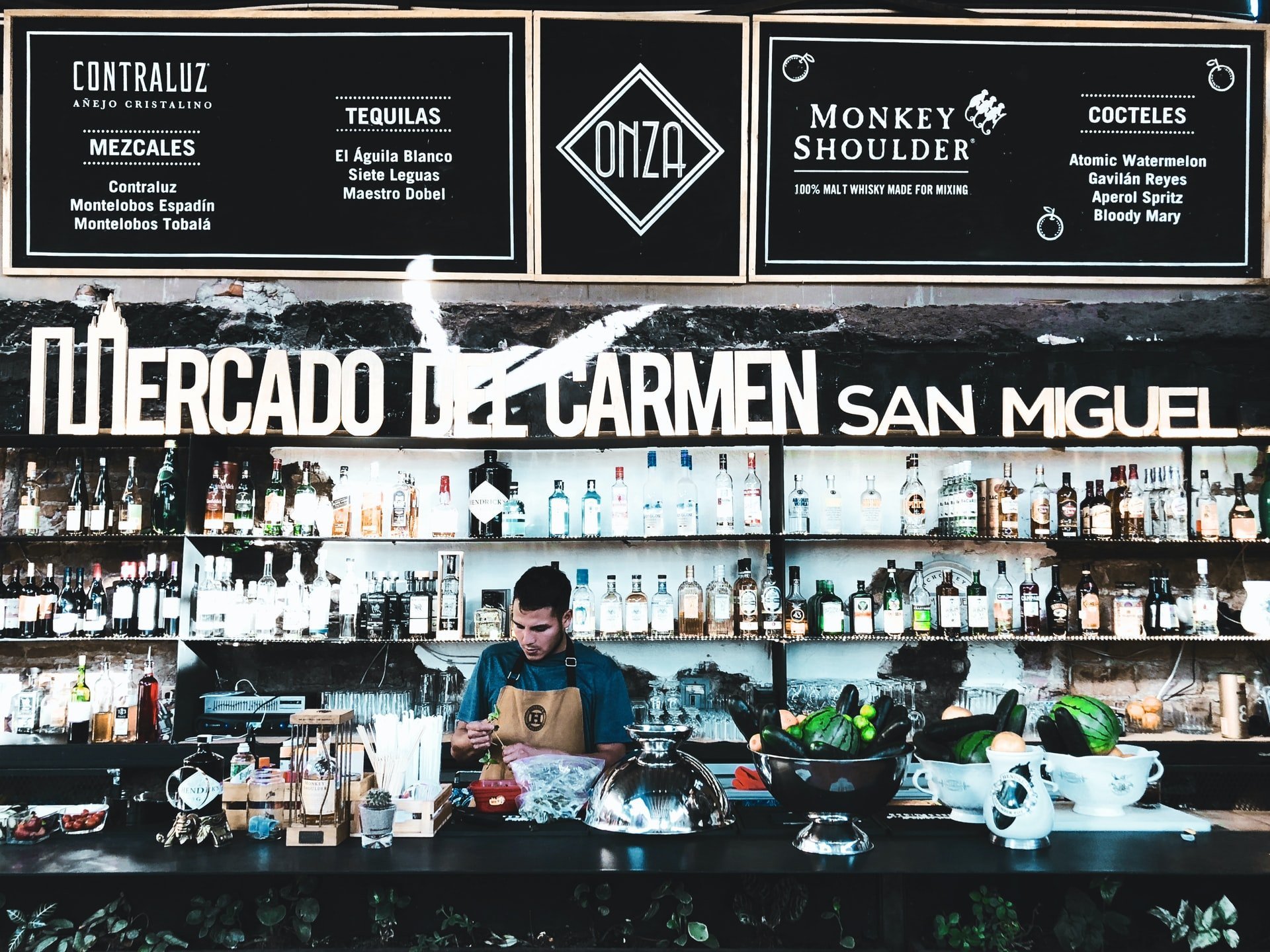 When it comes to traveling, there is one thing that most tourists never miss on a holiday to Mexico – drinking. After all, this is a big part of any holiday and it certainly spices up the night.

However, you should be aware of the local laws regarding drinking so that you won’t break any rules accidentally. You don’t want to get on the wrong side of the law during vacation, of course.

For this reason, this article will discuss the legal drinking age in Mexico and the sanction that you might encounter.

Drinking in Quintana Roo – Is it Any Good?

The nightlife in this area of Mexico is some of the best you’ll find, with parties happening on the beach, rooftop bars overlooking the skyline, and outdoor bars hidden away in the jungle.

It’s easy to see why people dream about it – even if you’re not into partying, there are plenty of Mexican cocktails worth coming for.

While supermarkets in Cancun are restricted to selling alcohol only until 11.00 PM, you will find many bars serving the local delicacies.

All things considered, yes, drinking and the nightlife in Quintana Roo is great fun with a group of friends.

Lastly, on a side note, upon entering Quintana Roo, you will be required to pay a $38 tourism tax which can be prepared beforehand using Visitax. Sure, while this doesn’t have a big impact on your vacations, it’s certainly something to consider. 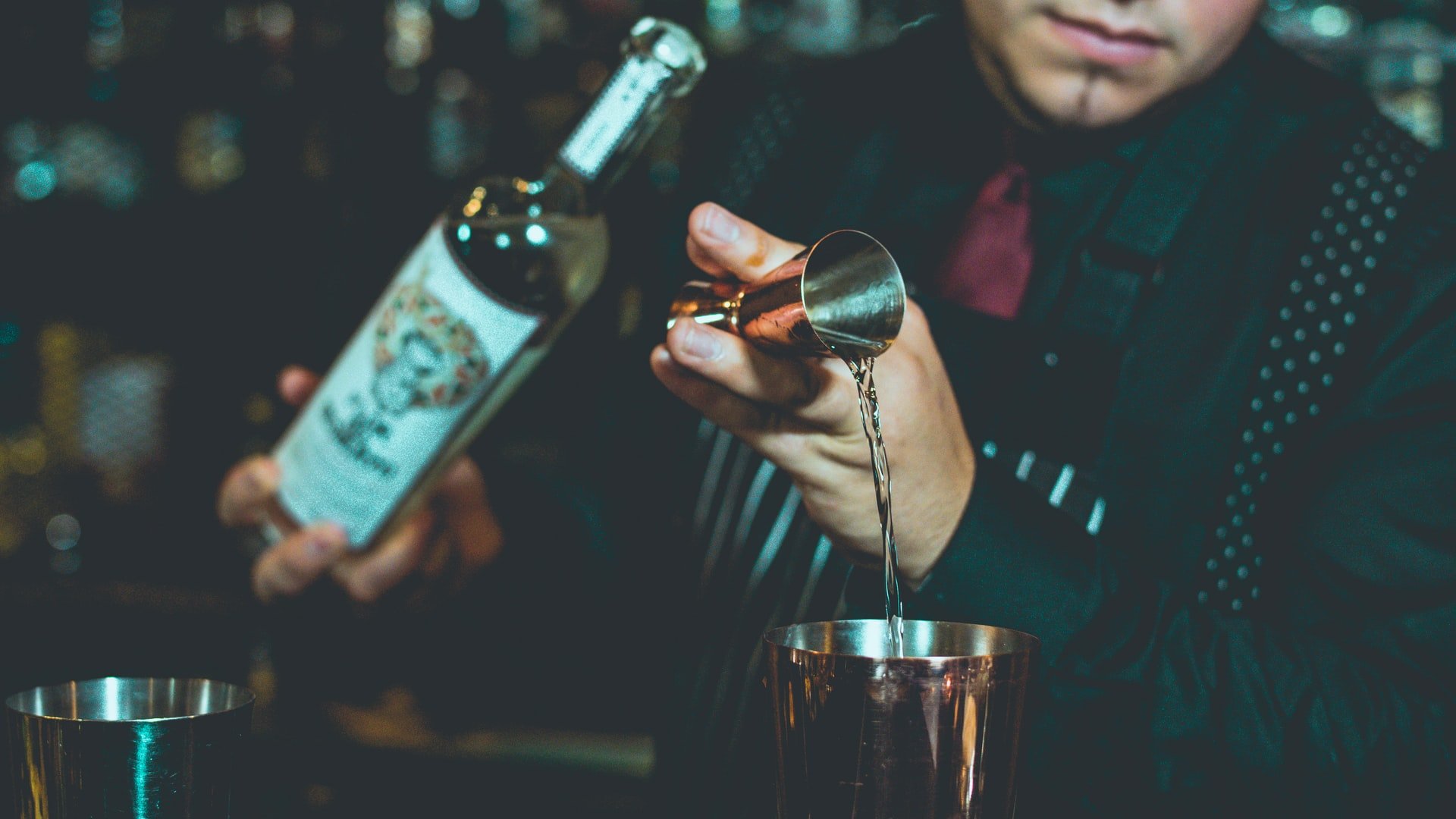 Drinking in Hotels in Mexico

In Mexico, you must show your ID to show evidence that you are not underage. You need this when buying alcoholic beverages anywhere, including stores or hotels.

If the person looks underage, then the store has the authorization to ask for identification. That being said, sometimes, they do not enforce this rule fully. You cannot ignore these laws but it might be possible to get away with it sometimes.

Drinking With Family in Mexico

You must be 18 years old in Mexico to drink alcohol. You can’t drink if you are with your family or parents. It is up to you if the hotel lets you drink alcohol when they know that you are under 18.

When drinking in resorts or hotels as a whole in Mexico, you must wear a colored bracelet. There are different colors for people who are 18 or older, people who are not yet 18 years old, and people recently married on their honeymoon. This system helps the hotel to quickly tell if someone is over 18 and can drink alcohol. But there are other hotels that do care about offending guests so parents must watch their children closely when they drink alcohol at these hotels.

Talk to your kids about this ahead of time. You can tell them the amount of alcohol they are allowed to drink in order to remain out of trouble.

The legal drinking age in Mexico is similar, if not the same, as in most countries in the West, which is 18.

The rule for drinking is the same as in other countries: you should bring your identification card to give valid evidence of your age.

It might be odd for some people who are accustomed to drinking without giving their ID. Still, it is a necessary step to enforce the rule peacefully around the country. 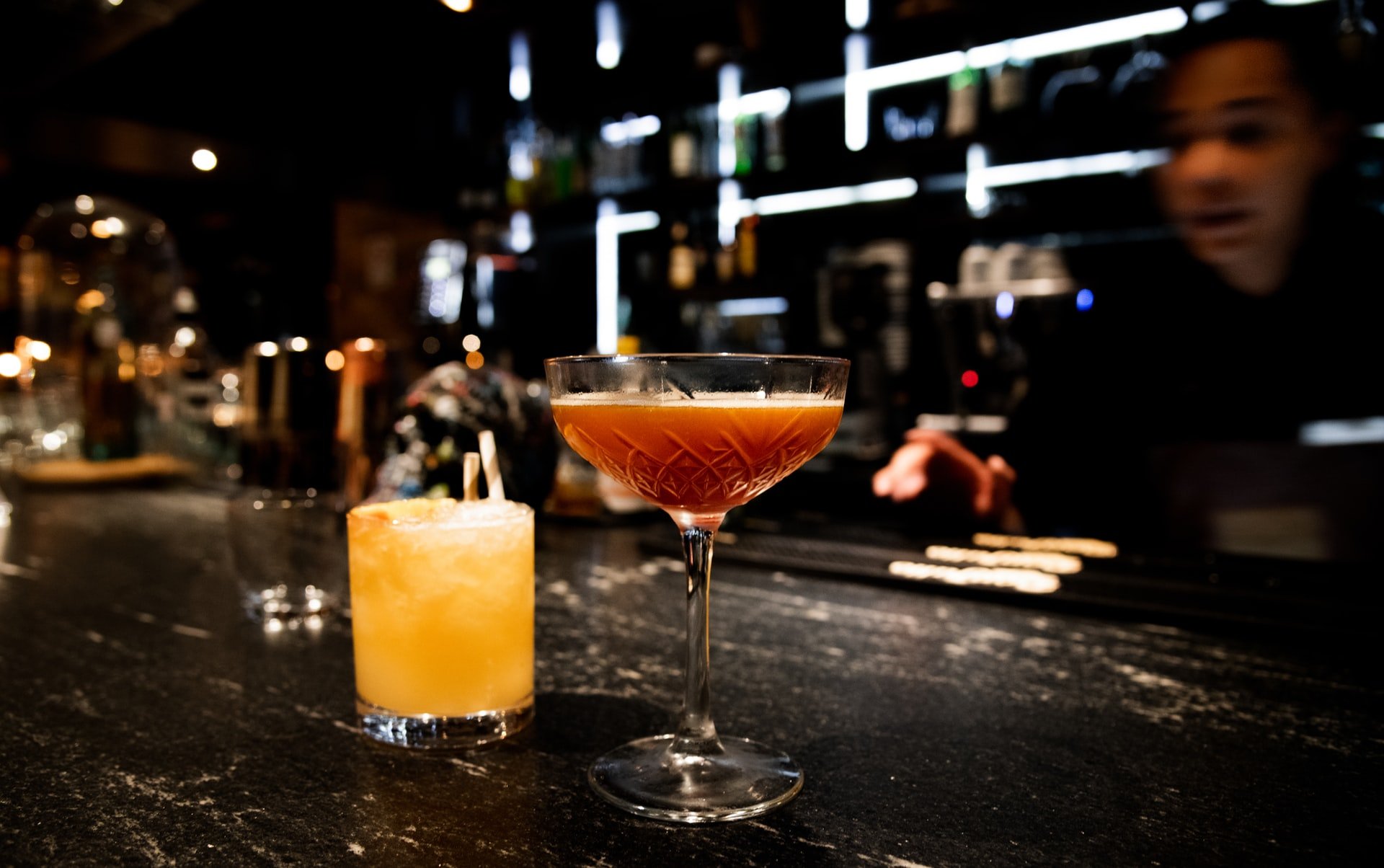 What is the National Alcohol Content in Blood in Mexico?

In Mexico, the national limit for blood alcohol content is 0.8. However, in some states, it is different. In fact, in Chihuahua, the limit is 0.5.

On the other hand, for the strictest states, the limit is 0.4 and these are:

What You Should Know About Drinking in Mexico

Other than the legal drinking in Mexico, there are other elements you should know when traveling in the country.

To start off, avoid drinking in public. In fact, Mexico has strict laws against drinking in public, and they’re often strictly enforced. This implies you can’t drink on city sidewalks or other public places. Of course, it’s a good idea to be considerate of other people on holidays as well as locals, especially if you’re intoxicated.

Secondly, while this is an underestimated part, we recommend taking standard taxis only. Needless to say, you will be safer calling a licensed taxi rather than unlicensed ones which aren’t regulated.

Last but not least, keep an eye out for tainted drinks. Mexico is a hotspot for contaminated alcohol, and tourists are urged to exercise caution.

You might take the risk to become ill when consuming strangely-looking or tainted beverages may become ill. The local authorities reported some people even dying after drinking poisoned alcohol. Residents of bars and clubs should be more cautious and watchful. If you suspect something is wrong with your beverage, use common sense to refrain to drink more. 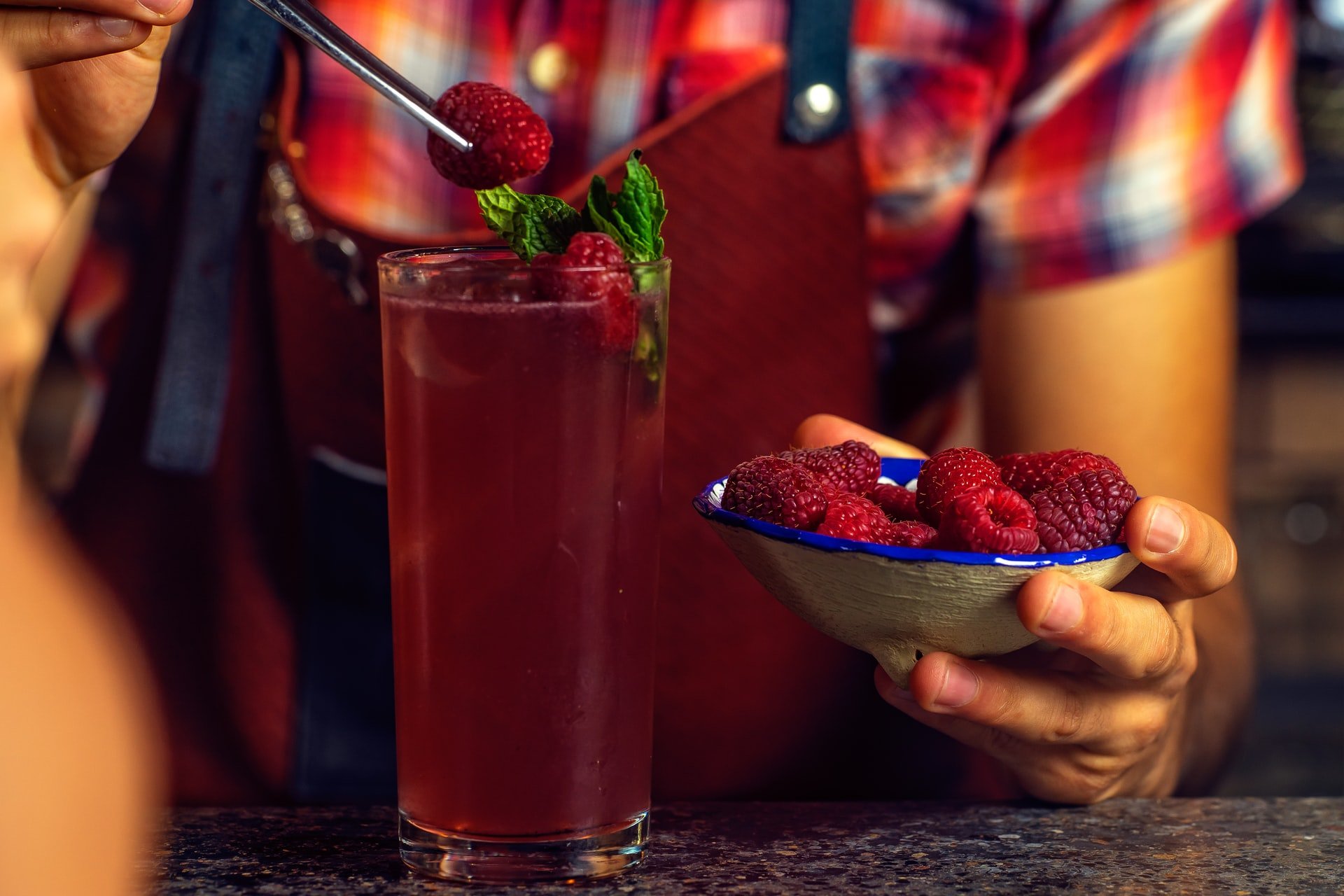 The Sanctions for Minors

Ignoring Mexico’s drinking age has consequences. It can be easier to disobey the law in some places, but you should still follow the rules when you are not in your home country. Depending on how badly you break these rules, there may be penalties.

First and foremost, if you are not old enough to drink, then you will be kicked out of a bar or club.

Also, if you are too drunk as a minor in Mexico, you might get an expensive fine or, in more extreme cases, even go to jail. Of course, driving drunk is also illegal and you can also get jailed for up to 36 hours.

Minor children caught purchasing alcohol can face imprisonment in the country, and those who sell alcoholic beverages to minors may also be imprisoned. On a side note, people who are caught with illegal drugs can be detained by police. They can also be jailed in prison for 1 year without bail. So if you are on vacation in Mexico and think about using drugs, we recommend simply not to do anything related to it.

Mexico has an endless amount of local alcoholic drinks that you ought to try when visiting the country. Because when would you have the chance to taste those drinks except during your vacation to Mexico?

However, tourists should also take note of the local law so that they can travel in peace. That being said, when you are in the legal drinking age in Mexico, you are free to drink but make to respect the tips we’ve given above.

Don’t drink in public, make sure no one puts anything in your beverage keeping an eye on it all the time, and keep your belongings as well as yourself safe when intoxicated.

Visitax.us is a private website and is not linked to or can be associated with any government agency. Visitax.us assists travelers in paying the Quintana Roo’s state tourism tax. Our fee is $42 USD and includes the government tax of $11 USD.