Is Merida Worth Visiting? 7 Reasons to Visit

Merida is a colonial city that has seen many major empires come through at some point. The town has been home to many different cultures over the course of its 500-year history. Mayans struggling with their newly-discovered past; sisal barons living a life full of luxury during colonial times; Spanish aristocrats who built mansions on top high haciendas.

But it manages to keep its spirit alive nonetheless.

This makes for a culture unlike anywhere else you’ll see in either North or South America today.

But is Merida worth visiting? It’s one of Mexico’s safest cities and was once voted as Cultural Capital of the Americas. Merida is worth a visit for a few days and we’ll tell you everything about it in this full guide.

How Many Days Are Needed to Visit Merida, Mexico?

Travelers looking for a quick getaway from the hustle and bustle of bigger cities such as Cancun or Mexico City will want to visit Merida, Mexico. With an ample amount of major sights, you can find yourself feeling at home while enjoying the vibrant culture and wonderful food.

As a general rule of thumb, staying in Merida for 3 days would make a perfect plan. It will allow you to see the major sights while taking in the architecture and Mayan culture.

However, if you have more time available, there are plenty more activities that Merida has to offer.

It’s important to mention that a tourism tax must be paid when coming to the Quintana Roo state. This $38 tourism tax is mandatory for most nationalities and it can be easily and quickly done using Visitax before departing to Mexico.

Is Merida Safe for Tourists?

The Yucatan Peninsula is, generally speaking, a safe area of Mexico. As one of the safest cities in the country, Merida consistently ranks high on safety indexes and has lower crime rates than many other major metropolitan areas.

Is Traveling to Merida Cheaper Than Cancun?

When comparing the costs of traveling between Merida and Cancun, it becomes obvious that Cancun is more expensive. In fact, not only does Merida cost significantly less than its counterpart, but also when compared to other popular Mexican destinations such as Cozumel or Playa del Carmen.

It’s no surprise then that Merida has started gaining traction among tourists every year coming for a different type of adventure. They can experience authentic culture without breaking their budget and Merida is the perfect place for it.

How Far is Merida From the Beach?

One of the best things about Merida is that it’s close to the sea. It takes just 30 minutes from the city center to get to Progreso Beach which is a key destination for many.

While we can’t say that Progreso is the most beautiful beach in Mexico, it does have a few interesting things going for.

It is a laid-back beachside community where you can set up your chair and read for the afternoon. If you have lots of time available, Celestun beach is 72 miles away from Progreso and 57 miles from Merida.

Are Progreso Beaches Worth Visiting?

The water at Progreso Beach is of an incredible shade of blue color and you can relax for hours as the waves crash around you.

While it’s probably not the most beautiful beach you’ve seen, Progreso is certainly worth a visit especially knowing that it’s so near Merida.

Is Merida Worth Visiting? 7 Reasons to Visit

Merida, Mexico, is the capital city of Yucatán State and far from a sleepy town. In fact, it welcomed an impressive 3.2 million visitors in 2019 alone.

Merida was often overlooked and not chosen over the nearby Tulum, Playa del Carmen, or Cancun. However, that’s all changed thanks to recent tourism investment and you’ll find the perfect mix of history, culture, heritage, and food.

Here are the 7 most unique reasons to visit the city and your answer to “Is Merida worth visiting?”.

1.   There are Fewer Crowds than the Riviera Maya

Merida is a city with an interesting history that will take you back in time. This Yucatan destination was once the capital of ancient Mexico. But, in recent years, it was overtaken by more popular areas like Playa del Carmen. This is on account of its distance from airports and lack of beaches.

That said, this only adds to Merida’s charm. The streets here are full of sprawling squares lined with colorful buildings topped off by Spanish-style churches.

All in all, Merida feels like the “real Mexico” without crowds all over the city and it’s definitely one of the best reasons to visit the city.

2.   The Food Scene is Everything you Need in Your Life 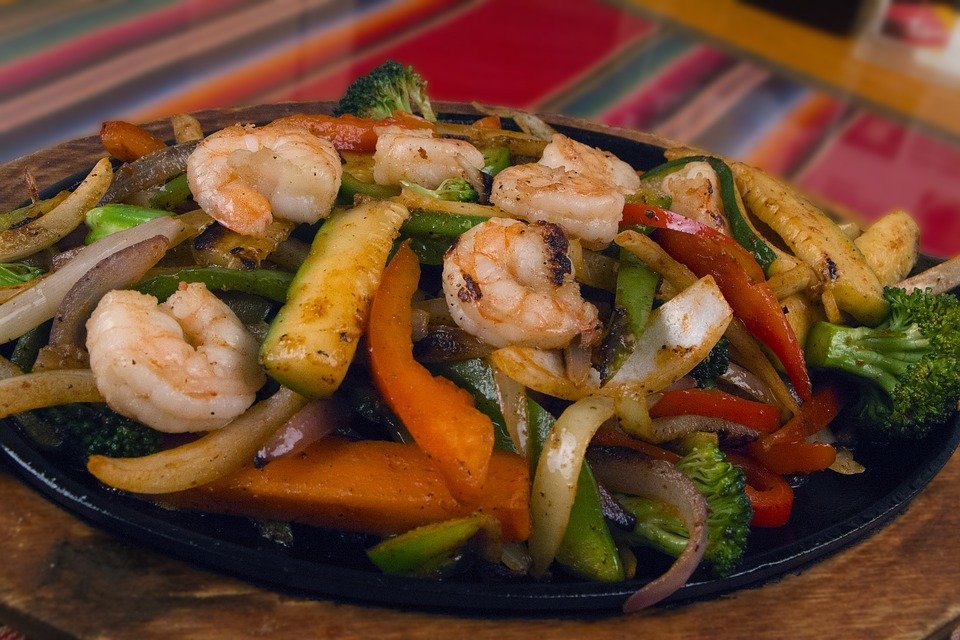 You may share a love of Mexican cuisine, but the food in Mérida is at an entirely new level. From sophisticated molecular gastronomy and uniquely blended dishes to authentic delicacies, there’s something for everyone.

Along your travels through the city of Merida, be sure not to miss the Lucas de Galvez Market where you’ll find an array of fresh produces as well as some tasty ceviche.

Their most popular delicacy here is Cochinita Pibil – pull pork marinated in citrus juice and seasoned before serving fresh.

3.   The Museums in Merida are Rich in History 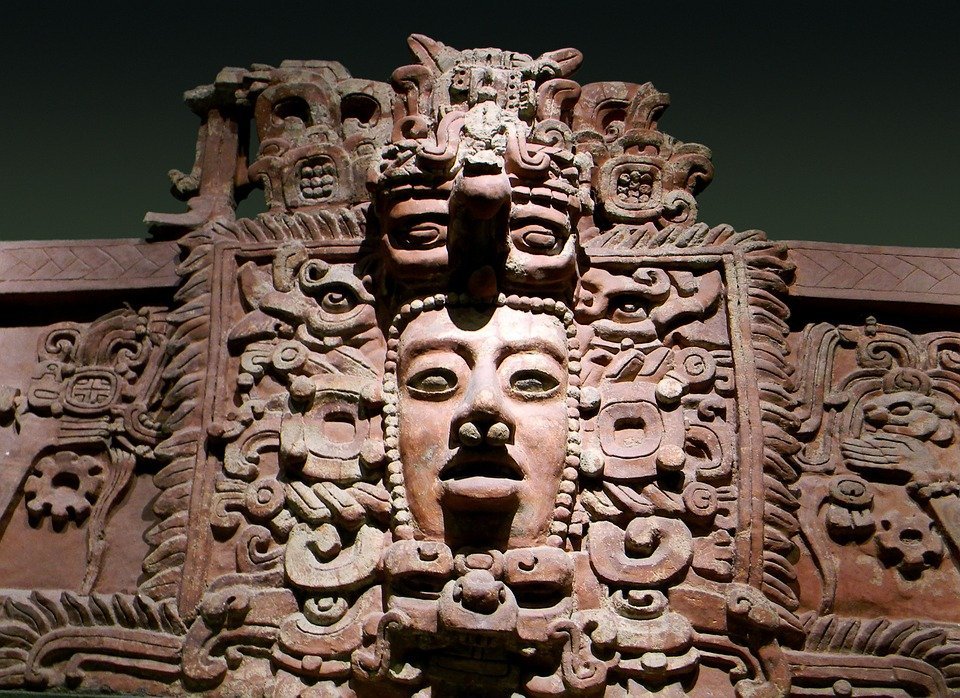 Merida boasts a vast selection of museums that cover everything from art to ancestral Mayan artifacts and architecture. Whether you are a history amateur or someone who loves an interesting exhibit of modern-day culture there is something for everyone.

If you want some more hands-on experience with archaeology then check out the Gran Museo del Mundo Maya which houses Mayan artifacts dating back centuries ago. Also, they display one fragment of what scientists believe was the meteorite responsible for wiping dinosaurs off our planet.

Apart from that, you won’t want to miss out on the Museo Palacio de la Musica in Mexico City. This museum is dedicated entirely to understanding and preserving Mexican music. Which you can do by viewing a variety of interactive holograms or visuals.

Lastly, just end your day by learning more about the surroundings at the Museum of the City of Merida. While the ruins of Uxmal are a bit off-beat, they still contain some breathtaking features. The Pyramid of the Magician is an incredible sight to behold in its own right.

From there you can get views into other structures such as Governor’s Palace with ease; unlike many larger sites which have been overrun by tourists like Chichen Itza.

Sure, Chichen Itza is popular and it’s worth visiting. But making your way to Uxmal where you can get lost in its awe-inspiring glory for hours without getting overwhelmed is pleasant.

If you want more freedom, car rental won’t break the bank. For just about $18, you’ll be able to get a decent vehicle such as an SUV with plenty of room for kids and baggage.

To sum up, you’ll find many Mayan ruins near Merida and you certainly won’t ask yourself if is Merida worth visiting.

5.   The Luxurious Haciendas Around Merida 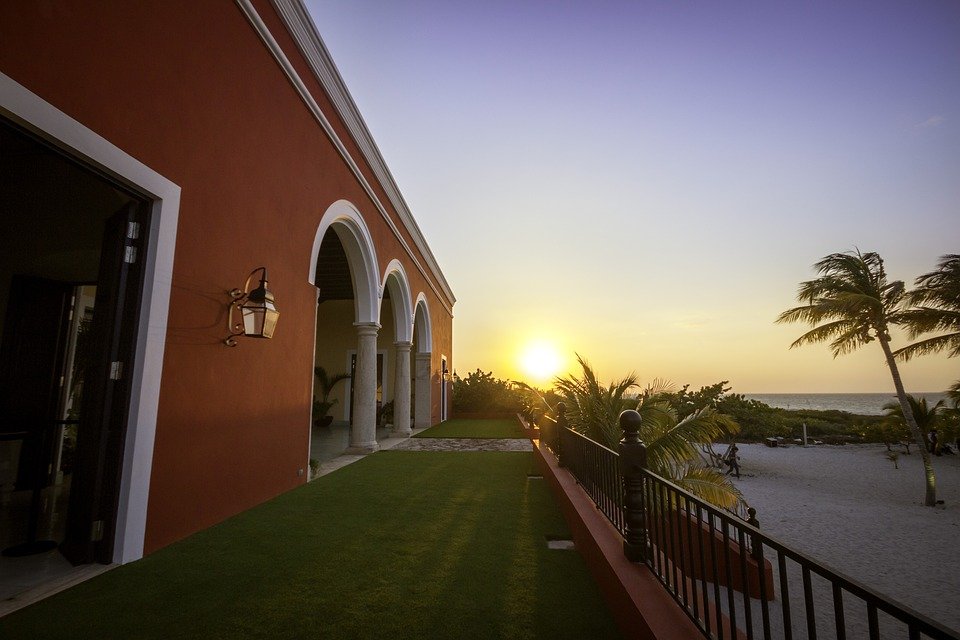 From the 18th century to today, Merida has been a hotspot for thriving trade. The area was famous for its booming sisal industry and provided material used in making those popular Panama hats.

Wealthy Spaniards built sprawling haciendas where they could grow henequen and export it as far away as South America during that time period.

These days many of these gorgeous estates have been turned into hotels worth checking out or at least stopping by on your trip through town just to admire their beauty.

For instance, Hacienda Santa Cruz is magnificently restored with old-world furnishings while Chable Resort & Spa offers Spanish Colonial architecture amidst lush gardens. All haciendas around are filled with an abundance of flowers and make them a great day tour from Merida.

Needless to say, there’s a lot to see around town and you’ll definitely find many reasons to visit Merida.

6.   You Can Refresh in Stunning Cenotes 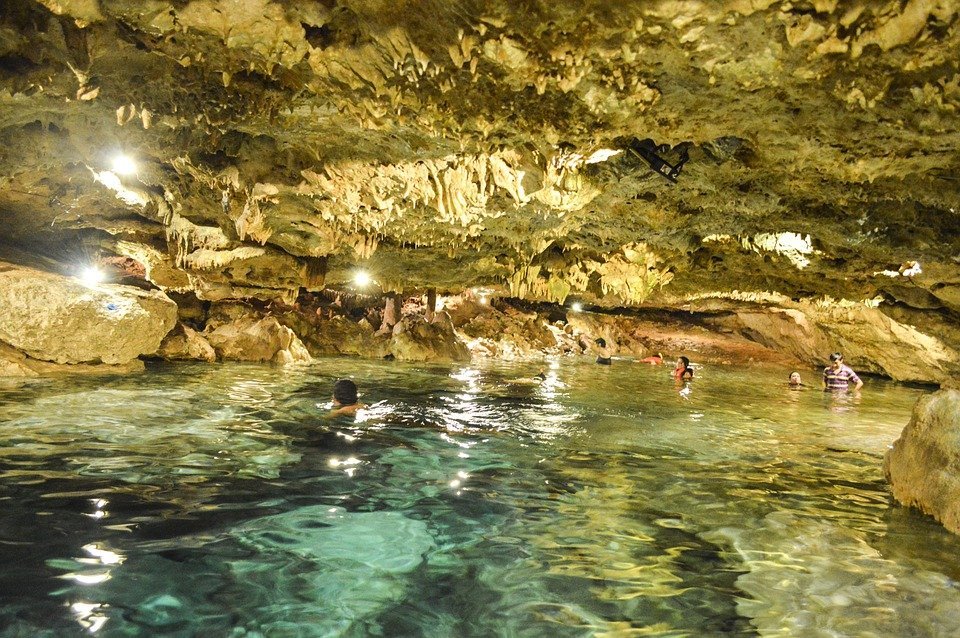 Cenotes are limestone caves with a pool and are usually found near the coast. However, they can be spotted in and around Merida too.

If you are interested in diving into cenotes, then you’ll discover some hidden gems that will make your trip to the Yucatan more adventurous. For example, the Cuzama cenotes are located only 30 miles away from Merida. They are only accessible via a horse-drawn wagon along a railroad line and make for an unforgettable experience.

In addition, cenote Chen is another great spot and you’ll get the chance to get in without paying any entrance fee.

7.   The Festivals in Merida are Unique to the City

Mexico is a famous destination for being home to some traditional yet world-famous festivals. To start with, Dia De Los Muertos and Cinco de Mayo are some of the most popular in town.

With events happening every week, Merida has the perfect festival for any visitor. Whether you’re looking to experience some local culture or just want a way to show off your best costume, there’s always something going on.

Apart from the two festivals above, some other exceptional ones are Merida Fest in January to Carnaval in Progresso hosted in February.

While you wonder if Merida is worth visiting, the festivals happening here are certainly one of the best reasons to come.

The city has a rich history that spans centuries and includes the Spanish Conquest of Mexico. Visitors can experience this by exploring its cobblestone streets, well-preserved buildings, and beautiful plazas with fountains.

Merida is also home to some fantastic restaurants serving up creative yet authentic Mexican cuisine from all over the country as well as an art scene you won’t want to miss out on!

In conclusion, yes, Merida is worth visiting and we highly encourage you to stay for at least 3 full days.

Which Covid Vaccines are Accepted in Mexico? What to do in the Sian Ka’an Nature Reserve and Where to Stay?

6 of the Best Scuba Diving Sites in Mexico

What to Do if You Lose your Passport While in Mexico?