Mexico is home to many incredible things, such as world-class food, stunning architecture, and gorgeous scenery. In addition, did you know Mexico has some of the world’s greatest history? That’s right, Mexico is one of the homes of the Mayan civilization and there are so many incredible places to witness Mayan architecture in the country.

The Mayans were incredibly advanced for their time, and the Mayans built over 60 cities during their times. Furthermore, they even had a writing system, an invention system, and various gods and goddesses. If you’re looking to learn about a truly influential civilization, you will love heading to Mexico and learning about the Mayans.

Here are the best Mayan ruins to explore when you come to Mexico.

Chichén Itzá is one of the world’s architectural wonders and the most famous Mayan ruin in the world. The Mayans built the ruin in the center of the Yucatan Peninsula, and they built the northern part in the 11th century. Nobody knows the exact time of when they built the southern part. In addition, the most famous part of the ruin is the El Castillo, which the Mayans built around 800 CE.

Moreover, the Mayans dedicated El Castillo to Kukulcan, which was a Mayan snake god. The various sides of the pyramid include staircases that lead to the top of the temple. The steps total 91 steps, making 365 steps in total for each day of the year.

The Chichén Itzá is 24 meters in total and or 30 meters with the temple included. At its peak, the Chichen Itza was the most populated part of the area. Furthermore, in 2000, the New7Wonders campaign listed the ruin as one of the New 7 Wonders of the world, making it one of the world’s most popular tourist attractions. 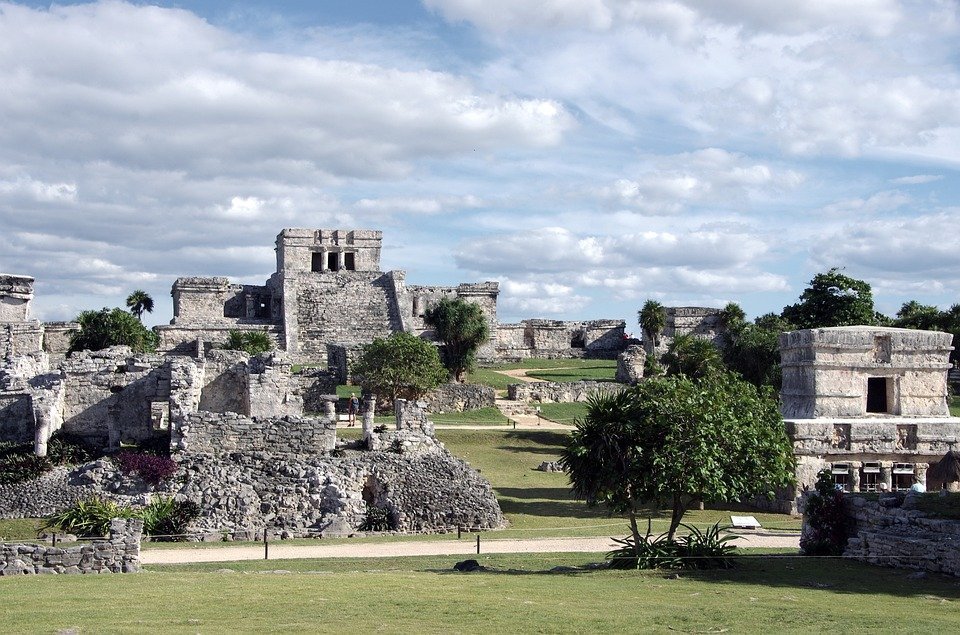 The Mayan ruins are in the Tulum area, and around 130km south of Cancun and they are one of Mexico’s greatest tourist attractions. These gorgeous ruins are surrounded by incredible beaches, coastal views, and magical blue waters. If you’re looking to get to the Tulum Mayan ruins, you’ll need to take the two-hour drive from Cancun.

It’s a relatively easy drive via rental car or bus transport, and you just drive down Federal Highway 307. In Mayan times, the Tulum ruins were a part of the fortress and used to defend the area. The ruins were also a massive trading hub, and essential for the local Mayan economy. Visitors love the natural aquarium nearby.

The Mayan ruins of Tulum were a key port for the Mayans for centuries. They used Tulum as a functioning population center until the Spanish conquest started. However, despite the importance of the city, there were never more than 1,600 people in Tulum at any single time. 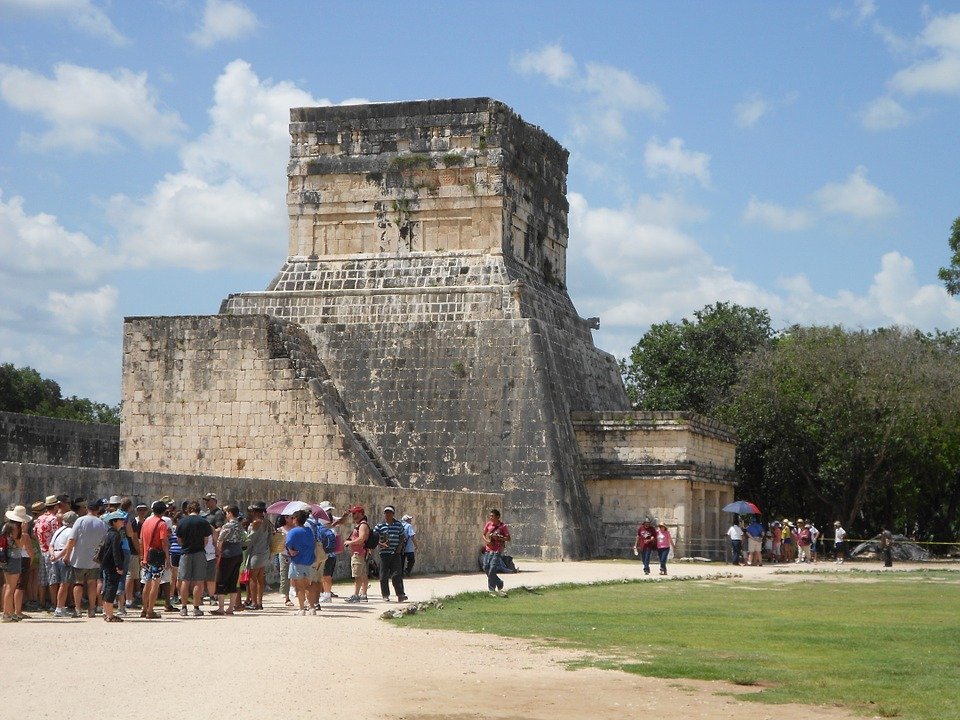 You can find the Coba Mayan ruins 30km outside of Tulum, and they offer some of the most stunning Mayan architecture in the whole of Latin America. Gorgeous tropical jungles surround the ruins, and archaeologists believe these ruins were some of the most important ruins in the Mayan era.

A popular thing to do is climb the pyramid. The ruins are 42 meters tall, so you can get some amazing views from the top. In addition, the pyramid has over 120 steps, and you’ll need lots of energy and determination to climb them. However, despite the steepness, there is a rope that enables people to safely climb the ruins. 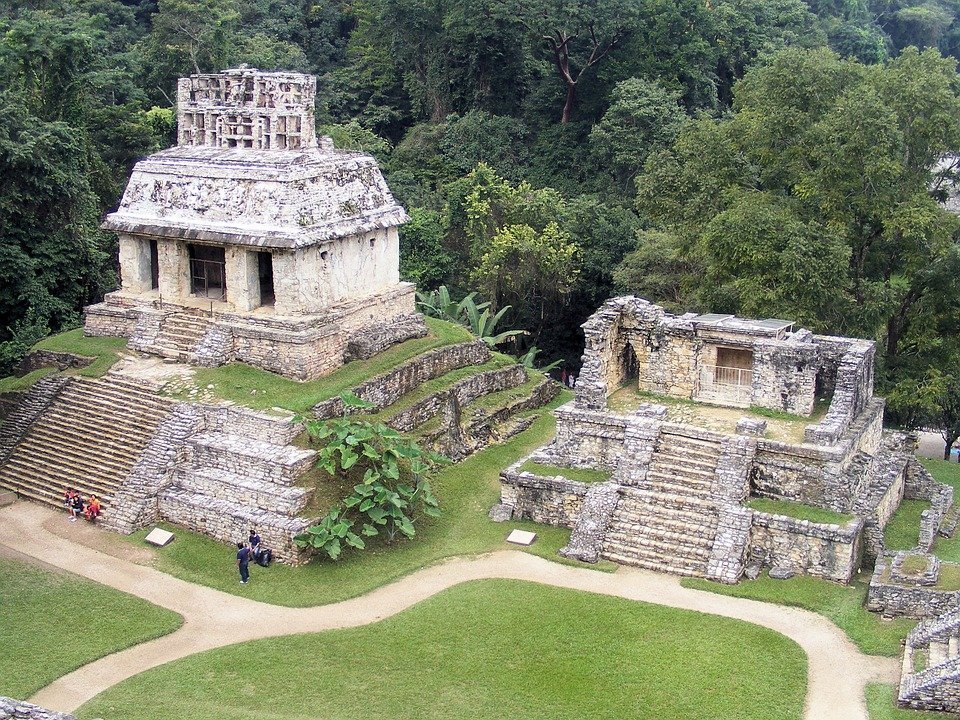 Palenque is an ancient city of Mexico and it’s home to some of Mexico’s greatest Mayan ruins. Although the original name of the ruins is speculated, the ruins remain a UNESCO World Heritage Site and immensely popular.

Visitors love the gorgeous Mayan tool-limestone construction that spans around the ruins, and the complex includes various parallel walls with a Palenque style. The most popular part of the ruins is the Temple of Inscriptions, which archeologists note for the hieroglyphic inscriptions.

You can find the ancient ruins around 130km south of Ciudad del Carmen, which takes around 2 hours by car. 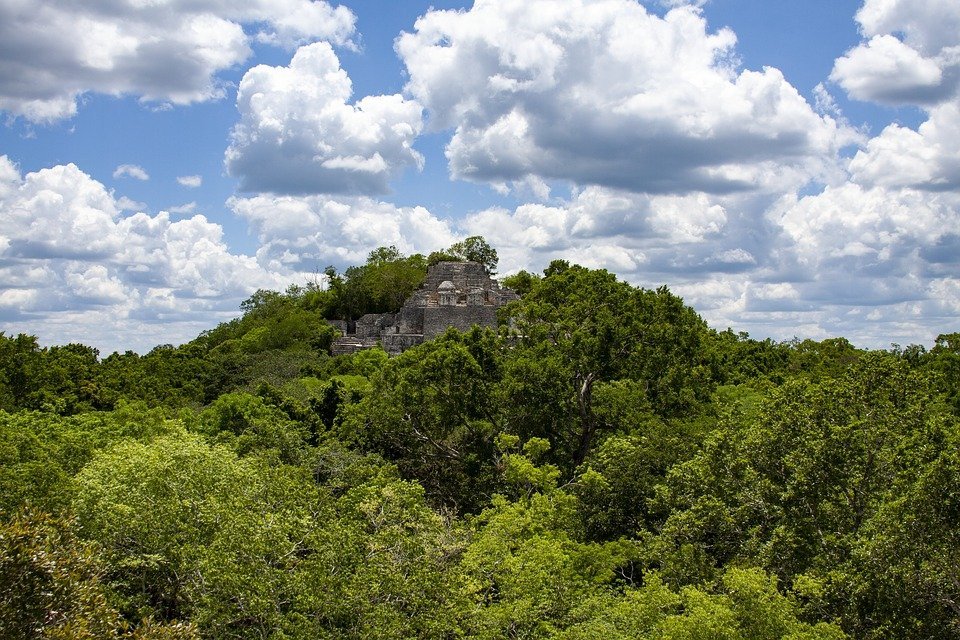 Calakmul is located in the Yucatan Peninsula and some of Mexico’s most beautiful Mayan ruins. Moreover, you can find the important ruins of Maya city Calakmul here. The ruins are deep in the forest, and you can find various incredible nature and wildlife around the ruins.

The total area of the ruins is 391,788 hectares, and there’s plenty of space to walk around, take photos, and enjoy the architecture. The ruins are in the second largest area of tropical rainforests in America, only second to the Amazon Rainforest of Brazil. Inside the ruins, you can find various urban layouts, tool kits, pottery styles, and funerary objects.

In recent months, Mexico has introduced a tax on all visitors entering the country. As frustrating as that can be, anybody visiting Mexico for leisure purposes will have to pay for it. You can pay the tax once you arrive in the country, but you can expect to face large lines, waiting times, and frustration.

Instead, you can pay the tourist tax Mexico on the Visitax website. Here, you’ll find a simple way to pay the tax. You don’t have to worry about overpaying the tax, waiting in lines at the airport, and forgetting to pay the tax because you want to explore Mexico and you forget about the tax.

Visitax will remove all your worries regarding the tourism tax and help you pay it in an easy manner.

Visitax for Cozumel Top 5 Best Cenotes to Visit in Mexico